A cold rain impacts Cypher’s visor in a suicidal staccato. His high-speed race through Seattle on a dark and rainy night is practically a cliché. His job is just as typical. “A simple milk run,” Mr. Johnson said. Does he really believe what he’s saying, or is it scripted? As the streets get more cracked and faded, he knows he’s getting closer to Oorting. He jumps into his cycle as the pavement ends to get a feel for the terrain. His 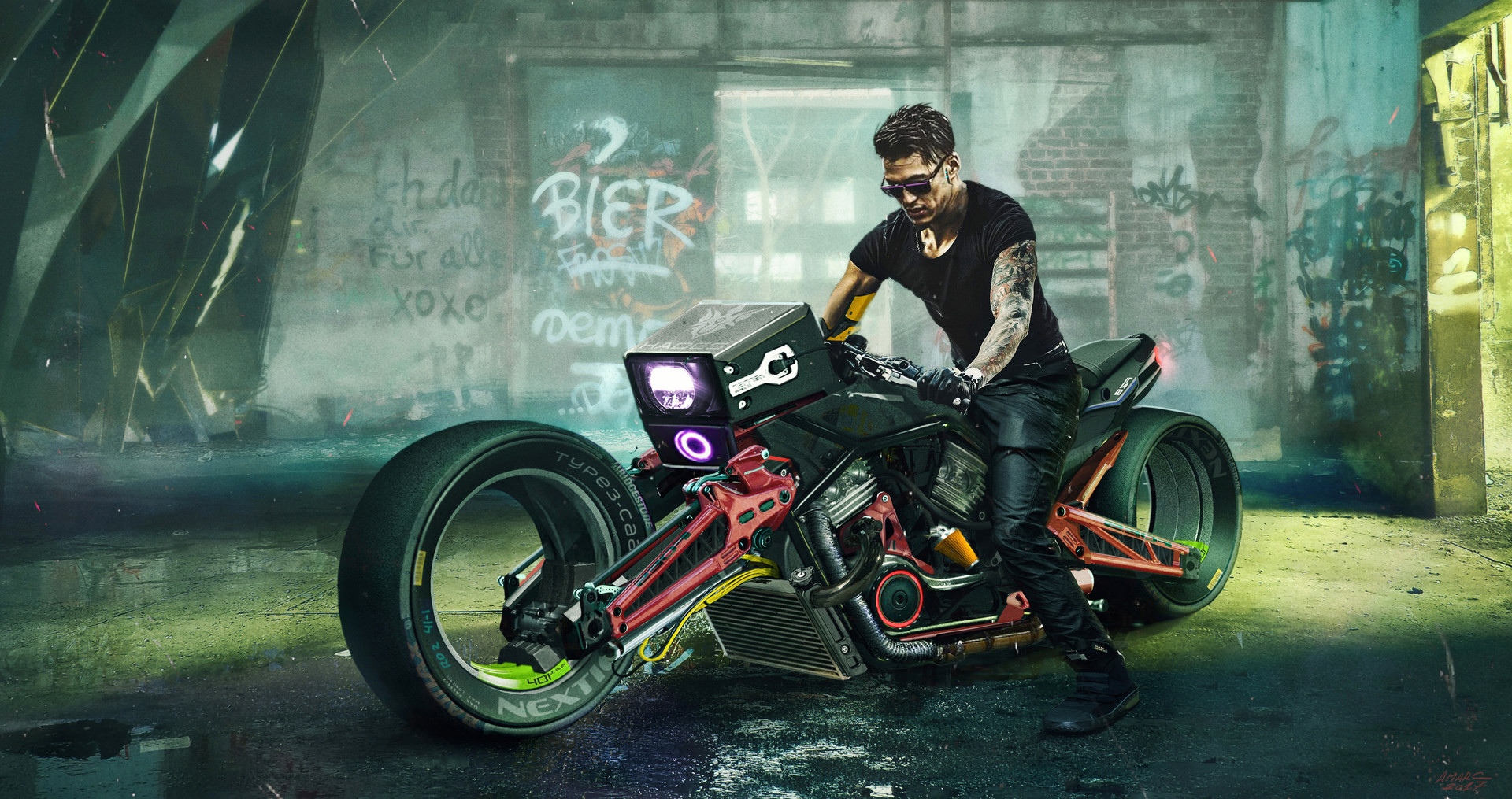 sensors/ eyes pick up the thermal signature from a few shacks as he approaches the coordinates. He pulls up to the first shack and flashes his headlight. A man with a shotgun exits the building. Cypher waits for the password before even going for the package. The man smiles, amused by the cloak and dagger. “Nice night eh? Should be a harvest moon with Orion in its zenith.”

Cypher recognizes the password and replies, “It’s summer on Venus, so it should be just as bright.” Cypher pulls out the package and hands it to him. The man turns his back and takes a quick peek at the contents, out of Cypher’s view. He goes back into the shack. Cypher quells a momentary panic attack and checks the sensors. Thermals show the man bringing out another box, this one a little taller and rounded. “Keep it cool,” he says with a smile and heads over to the other shack. Cypher drives off to finish the delivery. Jumping back in, he looks around. He was about to put the bike on autopilot when he hears the sound of drone rotors shredding dry leaves in the trees behind him. He immediately swerves off the road and into the trees, weaving between trunks for cover. Silenced gunfire snaps as it tears bark from trees and rocks from the ground. Going deeper into the foliage, Cypher sees a drone fast approaching and slams on his brakes, raising his rear tire, which the drone bounces into before veering off into the branches of the trees. Cypher finishes it off with a 10 bullet burst from his internal machine gun witin the combat bike.

Dodging more gunfire, Cypher swerves around a large tree and nearly collides with a second drone on the other side. Without thinking, he ducks under it and drags his bike around in a spray of dirt and dead leaves. Getting a lock on the drone with the build in machine gun, he fires into the drone’s rotor and brings it crashing down. Coming around, Cypher accelerates back into the foliage. He feels the impact of metal on metal as a third drone gets a lucky shot on his bike. Cypher runs deeper into the woods. He takes a beating riding through a briar patch, but the pursuing rotodrone doesn’t fare any better and gets tangled up, unable to give chase.

For another click, Cypher moves through the woods, hoping no one is keeping track of him. As he gets close to the scattered illumination of Puyallup barrens, he checks on the cargo. The package is mostly intact, but there’s a wetness; white fluid stains the saddle bag. He opens up the container and finds three vials in a nitrogen refrigeration unit; one vial is mostly empty.

2 thoughts on “Maximum pursuit: A new kid on the block”