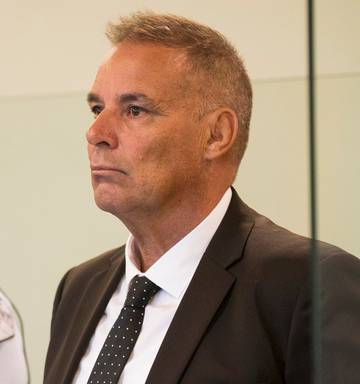 Franklin Westwood Jr. -who will from now on be referred to as ‘he’, ‘him’ or Frank- woke up early in the morning, his back sore from the decades old mattress he’s slept on for as long as he could remember, coughing up phlegm, colored yellowish brown by 40 years of smoking.

He was 57 years old now, and remembered the last 34 of them as if they happened yesterday. In fact, even better if compared to the way other people usually remembered things. His enhanced memory had been both a curse and a blessing. He remembered everything all right, including a lot of shit most people luckily succeeded at forgetting.

After an easy and uneventful 18 years at school, Frank continued the family tradition by joining ‘The Force’, Seattle Police Department (SPD). He had the brains and the grades to become anything he could dream of, but 3 of his grandparents had worked for the SPD, as did both of his parents. Protect and serve was spoon-fed to him. The fact that 4 of those 5 ancestors had been killed carrying out that motto, only served as extra incentive instead of deterrent. That motivation didn’t last, but it’s mentioned just the same.

Little over a year later, the SPD went on strike, got the boot and Lone Star took over. Frank aced the SPD-to-Lone Star transfer exam and continued his work as an promising Lone Star officer. His superiors quickly noticed his talent for detective work and set him on a series of courses that got him promoted to Detective, next year he got married (to another Lone Star agent of course), another year later he made Sergeant.

And then he had what was called ‘a latent awakening’. It could’ve been a blessing for his career; it started his enhanced memory, enhanced his perception, made his mind work faster, what more could a detective want; but it wasn’t.

To be completely honest, things had probably started going downhill a lot earlier, when Lone Star took over SPD and added changed the motto to ‘Protect and Serve… the Margins and Profit’, like any other listed company. Over the years, his idealism had faded and replace the rose-colored-glasses idealism with a more cynical view on modern society. When the uses of his powers became clear, he got put on the rare and difficult cases in which magic and other weird stuff was involved. He asked for a better pay after learning what the other awakened earned -even in Lone Star- but that was refused: “You’ve signed this job contract, your pay is detailed in it, get used to it.”. This brought his already dwindling motivation over the tipping point.

Without money to pay debts, they are settled in other ways. Starting with just looking the other way, getting rid of some tickets, pulling up files. Then pulling some favors and doing more favors. By the time you realize in which way all that’s headed, you’re looking at that way in the rear-view and going too fast to turn around. He got as bent as a cop could get without being dishonorably discharged and sued.