You move towards the voice. Mist and fog everywhere – you cannot see. The sun is blocked. You struggle as the mist is thick and web-like. It grabs you, holds you back.

You finally see the caller. A big man, tall, with dark skin and pitch black eyes. You remember him from the top of the pyramid. There is a symbol on his forehead – an in 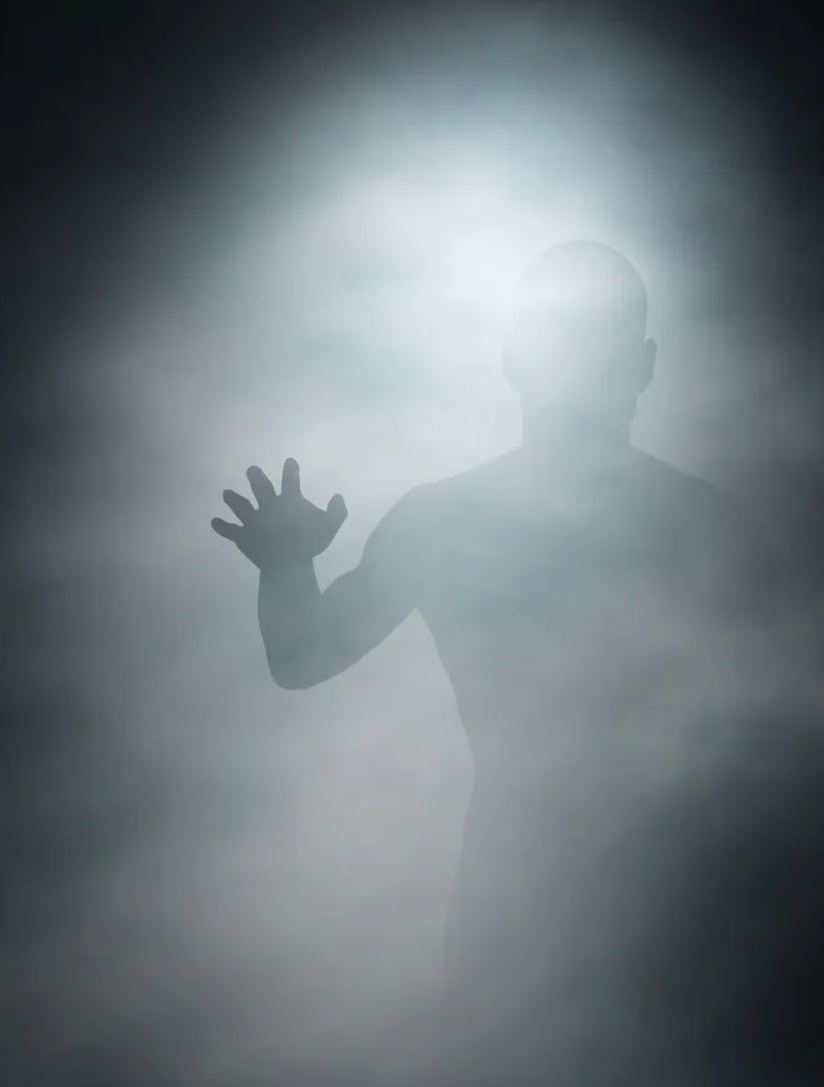 verted Egyptian ankh. He extends his hands towards you – you move closer. On his left palm is you face! And on his right is a strange misshapen pyramid. He brings his hands together, and you float away and up towards twisted beings and monsters in a circle. Some twisted, some with human limps, talons, fangs and some with no particular shape at all! In the middle is a pulsating yellow light. You instinctive know it is another aspect of the caller.

The caller says: And become with me a god” – you move into the yellow light.