Wyvern Tor is a prominent landmark in the rugged hills northeast of Phandalin, and is easily visible for a day’s journey in any direction. Travellers along Three-Axe Trail can catch glimpses of the peak during clear days always to the south along their journey. The village of Conyberry, in particular, has a clear glimpse of the promontory during most daylight hours. 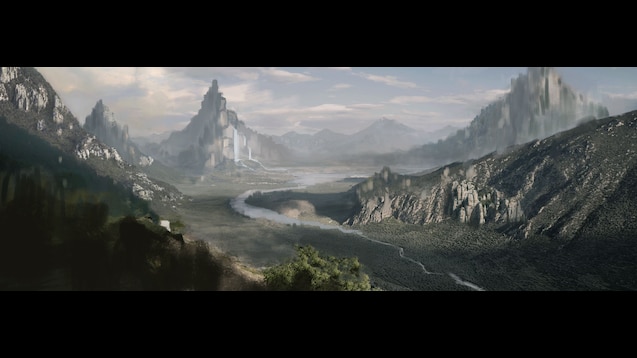 Formerly the home of a clutch of Wyverns, the peak known today as Wyvern Tor retains the name, despite a band of bold adventurers exterminating the creatures during the height of the Tresendar Barony. Though the wyverns never returned, other creatures have settled into the virtually inaccessible peak’s crevices from time to time.

Today, Wyvern Tor remains a place of rugged beauty, with rocky spires and jutting mesas rising from a dish-shaped valley, known as the Golden Vale. The rock formations of the valley make it a place of meadows and dells, scattered with shrubs and a few copses of trees, but filled with unusually lush grasses. Game is quite common among the dells of the valley, and the towering peak of Wyvern Tor itself serves as home to a wing of Hippogriffs.