Talon is a unique masterwork elven scimitar with history that spans centuries. The details of its creation are unknown but created by the sun elfs of the south, but the sword was known to be carried by the head of the Tresendar family (Aldith) around the time of -300 CG. The Tresendar Family was a royal family that used to live in a manor in Phandalin before the orc raids of Uru 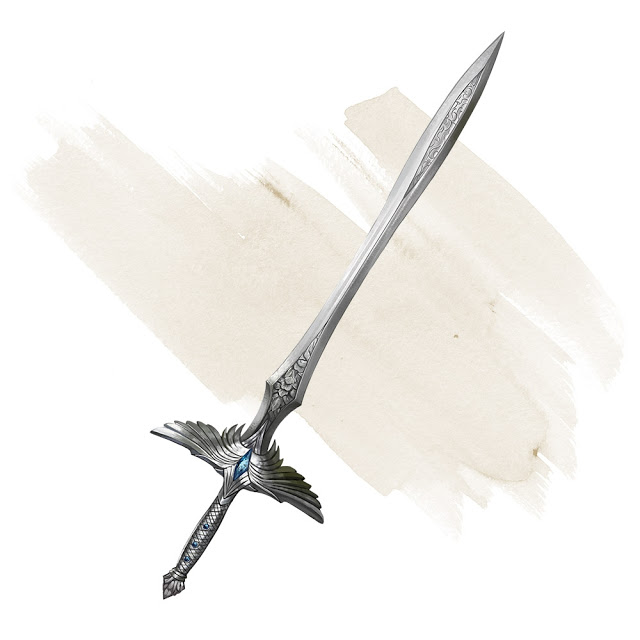 th Ukrypt wiped out the town and laid waste to the settlement in 951 DR. The manor, along with the whole town was abandoned during that time. Most of the members of the Tresendar Family were buried in the crypt below the manor.

It once belonged to a great knight named Aldith Tresendar, known as the Black Hawk. Sir Aldith died fighting off the orcs that attacked through the hidden caverns below his manor.

Another great warrior (Chorkan Akash (Deceased)) who wielded the sword for a short time named the sword, “Orc-Biter”

The sword got its name for the intricate motif of a bird of prey worked into its form, particularly the spread wings that make up the hilt. The name Talon is stamped into the flat of the blade.