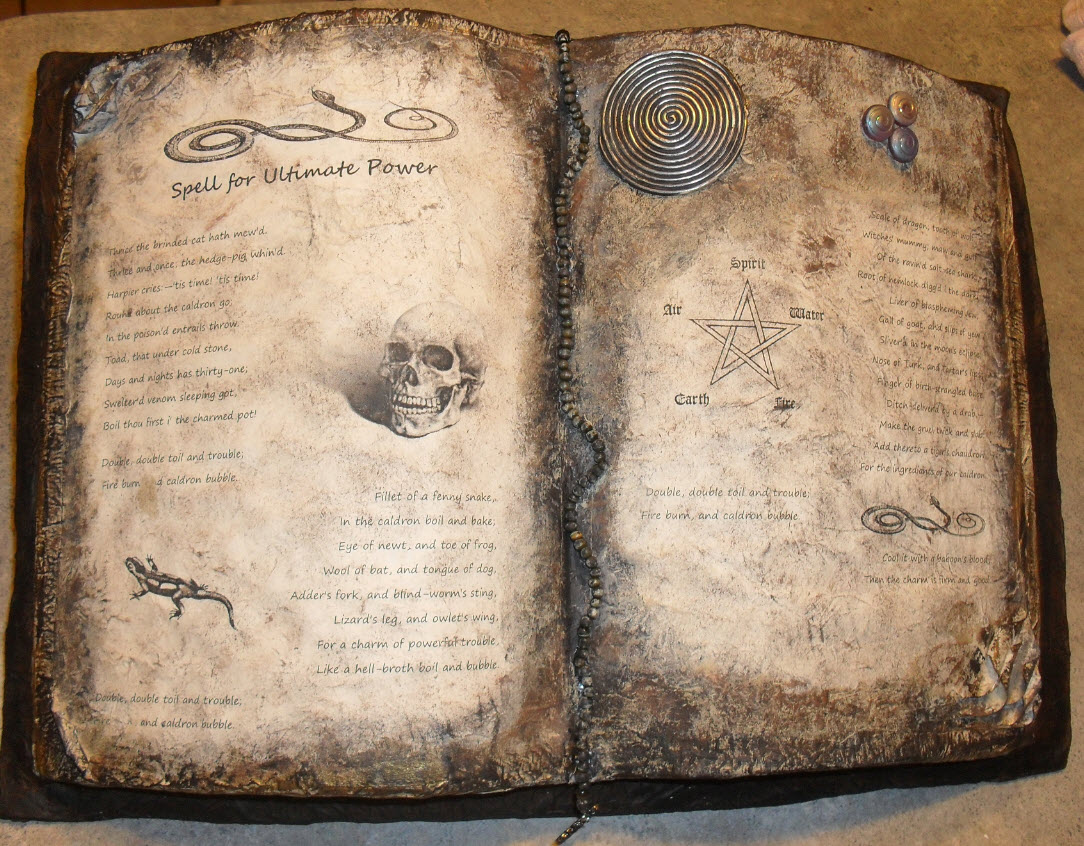 The cover of the book was made from a thin slab of slate bound in Amnish yoxen leather that was dyed a glossy black color. It was embossed with a pattern of a human and a dragon and had an oval plate on its center that had Bowgentle’s personal rune. There were 53 sheets of vellum in the book, sewn into the spine with silk.

History
Bowgentle sought magical knowledge from many dangerous locations in Faerûn during his years. In his old age, the mage stopped by the School of Wonder, wrote down his spells, and shared them with the apprentices there. It is known to only a few, that Bowgentle enjoyed visiting Phandalin on his many travels, and it is rumored, that his book hold the key to activate the forge of spells. When Bowgentle died, and the Masters of the school learned of his passing, they ordered a compilation of his spells to be written and titled it Bowgentle’s Book. It was closely guarded in the school’s library.

Some years later, fiends attacked the school, slew the masters and most of the apprentices, and burned its walls and towers. Thieves looted the school, while it was still smoldering, and among their loot was Bowgentle’s Book. Years later, it appeared in a cache of goods acquired by the master thief Vaerum in Scornubel and was accurately identified by the sage Laertilus. Vaerum’s guild found itself in a “gray war” with another group of thieves and the spellbook vanished. Its whereabouts were unknown as of 1359 DR.