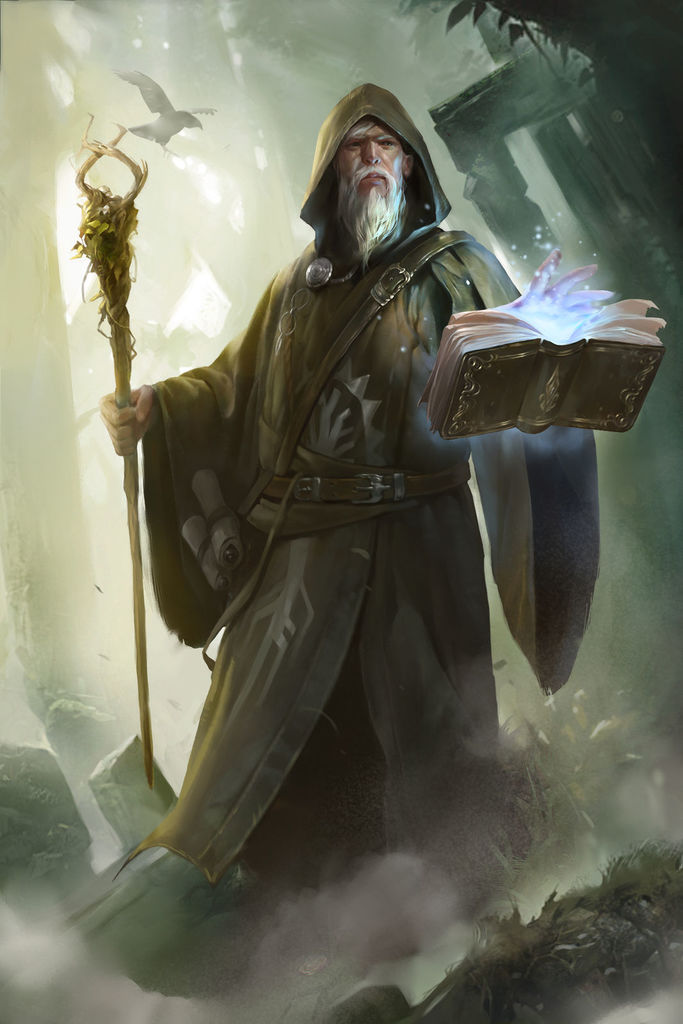 Personality
Bowgentle was noted for his calm demeanour, politeness and generosity, but also for his reckless adventuring.

Activities
Bowgentle spent much of his life venturing into dangerous places in search of hoarded magic. Upon escaping with his spoils, he would then share what he’d found in cities. He cast spells for the benefit of others, making him a much-loved hero of the people.

Biography
Bowgentle was born on Nightal 30 1034 DR. His father was a fisherman in Silverymoon. At the age of six, Bowgentle began his study of magic under Quintas Uhlawm. By the age of nineteen, Bowgentle had attracted the personal attention of Silverymoon’s High Mage Orjalun, who took him on as a student for a time. Four years later, Bowgentle left his home city and began a grand career in wizardry up and down the Sword Coast and Savage Frontier, rivalled by few.

Some highlights of his storied career were when he slew Raurgoch the black dragon with magic pilfered from the wyrm’s own treasure hoard; his unsealing and plundering of the well-guarded tomb of the Wizard-King; when he teased a red dragon by matching its flame breath with his own fire magic before going on to defeat it; and when he helped found the Abbey of St. Alaric after Alaric himself saved Bowgentle’s life.

After bequeathing his final magical work, which would eventually be bound into Bowgentle’s Book, to the School of Wonder, Bowgentle traveled south to live out his waning years with the elves of Shilmista.

Bowgentle was reported to have died when he fell from a mountain path in a snowstorm in the western Snowflake Mountains in 1241 DR. The elves buried him in a grove beneath a dryad’s oak in the southern quadrant of Shilmista Forest.

In 1370 DR, Bowgentle’s grave was dug up and looted by one of Manshoon’s clones.

Rumors and Legends
It was said that on the night of Bowgentle’s birth, no less than twenty one shooting stars were witnessed by watchmen on Silverymoon’s walls